“Money changers have used every form of abuse, intrigue, deceit, and violent means possible to maintain their control over governments by controlling money and it’s issuance.”

The field of economics like politics has been a subject that not many people
appear interested in, yet the impact of banking and economic systems weigh
heavily in our every day lives. Most cultures and societies need some kind of
currency of exchange to operate effectively, and even the simplest forms of
bartering are an economic transaction. I think a deep look into economics and
its’ roots in American History are worth the study. I would highly recommend
Cynthia Chung and Matt Ehret’s website at risingtidefoundation.net as a
resource for this knowledge. The speeches and writings of Alexander
Hamilton, John Quincy Adams, Abraham Lincoln and Henry C. Carey will
illuminate the mind in regards to national banking and economics.

Books on the economy or economics in general can be a dry read, and to find
easy-to-read authors, documentary filmmakers, intelligent interviews, and
other sources can make the study fascinating and fun.

For example, the story of the Federal Reserve by G. Edward Griffin entitled
The Creature from Jekyll Island (1994) is an engaging read; Griffin has been
interviewed several times over the years appearing in documentary films; he
is a delightful person way ahead of his time.

Another outspoken author in this field is Chris Hedges with his pile of books,
publications and interviews. He pulls no punches slamming the “oligarchs” on
the Left and the Right… Bush/Clinton, Obama/Bush, and now Trump/Biden.
He challenges corporate power in all its facades and once championed Bernie
Sanders, a wishful sentiment with an ever-present global oligarchy and
shadow government pulling the strings and yanking our chains. Go to
truthdig.com to get a flavor for his writing style on the one-party two-party
system.

A few authors I read along the way who are left of center politically are Thom
Hartmann, journalist Greg Palast, and David Cay Johnston. They also cheer on
the working class, which is ninety-nine percent of humanity. They dislike
Trump as the epitome of the “right wing front” for the global elites; however,
the “Rhino Republicans” on the right side of the aisle sided with Biden and the
global cabal. That brings up the question of Pesident Trump in a different
light and begins to expose and shine the light on these new world order
pirates and their puppets.

To balance out the narrative and rise above the Left/Right divide, the late
Robert David Steele did an investigation into Wall Street, money laundering
and naked short selling. The interviews and research has been excellent and I
think the left-leaning authors above would appreciate his efforts, although the
divide remains. Go to nakedshortselling.net for all the interviews.

It is necessary to call out the criminals and culprits, the agents and implants,
and foundations and NGO fronts for this global cabal, specifically when it
comes to economics including Wall Street, the City of London, Switzerland and
the Vatican, and the entire network of international bankers. The control of
the money flow is a crucial component in order for these unscrupulous
characters to utilize black market funds, off shore accounts and specific banks
to keep their agendas financed yet conveniently off the records. These
corporate oligarchs are pirates of profit and money manipulators with no
conscience or empathy; they operate with impunity and live above the law;
and they will continue to do so as long as they can get away with it.

A few of Robert David Steele’s suggestions for authors on these matters is
Wayne Jett’s The Fruits of Graft, Dr. Susanna Trimbath’s Naked, Short and
Greedy, Matt Taibbi’s Griftopia. I would add Matt Ehret’s three-volume set on
The Clash of the Two Americas as well as the writings of the late Lyndon
LaRouche.

A few questions to ponder… Is China an economic threat or a superpower
emerging with benevolent intentions? Is Putin and Russia battling the deep
state and the global elites in Europe? Where will India be in twenty years as
an economy? Will the U.S. remain close allies to Zionist Israel and Saudi
Arabia? Will the City of London, as the financial capital for the elites, be held
accountable for their economic machinations? Will the Vatican complex and
the Jesuits be exposed for centuries of corruption, deceit and lies? Will the
U.S. military and intelligence agencies continue to support the new world
order agendas for the elites? What will be the ramifications both at home and
abroad when the U.S. dollar collapses? Are the international bankers, the IMF,
the BIS and the World Bank challenged by China, Russia, Iran and other
countries? Are the mechanisms of globalization coming to an end or simply
changing hands? There are several possible scenarios on the global monopoly
board with over two hundred and fifty trillion dollars in debt and trillions
more that have been swindled and stolen. A financial global reset is another
possibility, although what that looks like and how the dominos will fall
remains to be seen.

A crucial point to be made here is that the genesis of war, disease and poverty
can only proliferate if there are monies to fund the wars, to create the bio-
engineered viruses and GMO foods, thus consolidating and monopolizing
wealth into the one-percent elites. We the people of this world can represent
love and peace over war, natural health and organic food production over
disease, education and fair wealth opportunity over poverty. We can reclaim
our sovereignty as individual souls and as free nation states across the globe.
There are 158 sovereign states in the world that have constitutions for their
respective countries; the U.S. constitution ratified in 1788 set the precedent.
We can also come together and create a new “Coalition of Countries” to
replace the United Nations, which is nothing more than a front for the their
new world order. We will need a fair and just International Tribunal system
as well as a Truth and Reconciliation program (as suggested by Robert David
Steele and others); too many people have been blackmailed working in
corrupt and infiltrated systems of government, banking and finance, health
care, agriculture, the media and Hollywood and the list goes on. Or as Robert David Steele often says, “They have either been bribed, blackmailed or
brainwashed.”

Let’s take a hypothetical character, a middle class guy who drives a cab in a
city and then gets the “job of a lifetime” as a driver/chauffeur for a billionaire
tycoon who is part of the global elitist club. Let’s say the driver now makes
over a $100,000 dollars a year and other perks that come with the job like
food, lodging and travel expenses. Everything looks perfectly fine on the
surface, and for months there are no major red flags, only a few hints of foul
play or illegal covert dealings. Then one night at a party the billionaire “brings
home” a twelve-year old girl molesting her in the backseat as the driver
remains on duty and is now complicit in a pedophile rape scenario. Unless it
is someone like Epstein’s long time driver who was also a pedophile, let’s say
for our story the driver is not a pedophile, but now becomes a compliant
enabler in order to keep his job and possibly his life as well as for the safety of
his wife and children if he has a family. That is just one simple scenario where
many people can be blackmailed and literally bribed by a paycheck to remain
loyal and silent. We have to encourage people who work on the inside of
these corrupted systems to step out and speak their truth, to share their
experiences and blow the whistle on these perverted power players; hence
why we need the Truth and Reconciliation program to insure that these brave
souls are protected from those elites who would rather see them dead and
silenced, which is too often the case.

“They have either been bribed, blackmailed or brainwashed.”

On a side note, is the documentary “America: Freedom to Fascism” (2005) by the
late filmmaker Aaron Russo; follow him down the “rabbit hole” of the IRS and the
economic stranglehold of the international bankers. 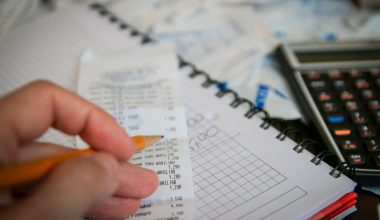 Read More
“To cherish and stimulate the activity of the human mind, by multiplying the objects of enterprise, is not… 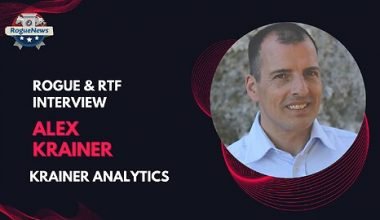