This is a “rabbit hole” that is not for the faint of heart. If you choose to explore this area, then do so with a healthy detachment from the energies and people connected to these satanic-like cults and cannibalistic practices. Ever since I read Cathy O’Brien’s story in Trance Formation of America, I realized that covert CIA programs like MK Ultra and the Monarch program were a reality and fully operational. Every now and again I would revisit this topic, but only in small doses.

Then I watched the documentary film “Out of Shadows” that came out in April 2020; it succinctly showed how the mainstream media channels and elements in Hollywood were both, directly and indirectly, involved with these pedophile networks. There was the recent Epstein arrest (after several decades of blackmailing powerful people and fully participating in the pedophile network); the Weinstein scandal (who was convicted and some say will sing like bird); the Pizza Gate/Podesta emails (which is in the swamp of Washington D.C. and implicates many government politicians for pedophilia); there was the Larry Nassar scandal involving decades of pedophilia at MSU including young girls from the Olympic women’s gymnastics team; there was Penn State Coach Jerry Sandusky (now in his late seventies and in prison); there was the Franklin scandal back in the 1980s that led directly into the White House den of pedophiles and perverted politicians; and sadly the list goes on and so do these seemingly untouchable networks, especially at the highest levels of the global cabal.

The following excerpts are from Joachim Hagopian’s book entitled Pedophilia and Empire:  Satan, Sodomy and the Deep State; it can be read online for free at pedoempire.org or purchased in five volumes at Amazon. This monumental research project is a comprehensive study into this global pedophile pandemic, which is definitely an Achilles’ heel for the cabal and possibly the jugular vein for exposing them. These pedophile perpetrators prefer to live outside and above the law, keeping their satanic practices and occult-like sacrifices hidden in secret and without the scrutiny of outsiders, investigators, law enforcement, or anyone who might unveil their criminal acts debauchery and straight-up evil.

From Section Six: United Kingdom – Pedophilia Epicenter of the World
Excerpts from Chapter 20:

With the binding thread that runs through Satanism, Luciferianism, 33 or higher degreed Freemasonry, the Illuminati, and the other numerous elite secret societies is systematic ritual child abuse, torture and sacrifice. Not surprising is a revealing photo at Sir Jimmy’s funeral showing an inordinate number of freemasons in attendance.[88] Demonic infiltrators cherry picked to occupy enough top positions in government, military, media, law enforcement, judiciary, education, entertainment, religion, business, organized crime and social services guarantee that VIP pedophiles continue getting away with child rape and murder. Jimmy Savile was a unique common link straddling virtually all of these interlocking institutional components to UK’s pedophilia network. Savile was also a British intelligence operative. In his words:

I am like a sewing machine needle that goes in here and goes in there, but I am also the eminence grise: the grey, shadowy figure in the background. The thing about me is I get things done and I work under cover.[90]

Psychologist Oliver James points out that Sir Jimmy Savile possessed the dark triad of personality characteristics – psychopathy, Machiavellianism and narcissism.[91] Savile utilized his shrewdly keen intelligence to figure out others’ weaknesses in his compulsive need to exploit, shock, control and hurt powerless victims. Devoid of emotion other than anger, he had no capacity to feel compassion or empathy toward others. His world revolved completely around him, and his grandiose need to inflate his own self-importance and ruthless power over others universally drove his every action motivated by a self-serving means to an end, using his “tireless” charity fundraising to predatorily access children buffered by a firewall façade of philanthropic benevolence. Savile’s quirky “charm” ingratiated himself to VIP elite, facilitating alliances with prime ministers and future kings, predicated by a Luciferian pact based on sexual blackmail secrecy, a conditional, self-serving loyalty to Lucifer and self-preservation, and insulated, above-the-law firewall protection.[92]

These insights into Savile’s character are similar to Jeffrey Epstein in regards to how key pedophile players function and operate; there are many more out there keeping the networks thriving and generating a lucrative black market money stream. Drug cartels are now part of the human trafficking and pedophile networks; intelligence agencies like the CIA, Mossad and MI6 allow these networks to flourish both within their borders and globally; U.N. “peacekeepers” are complicit as are many other enablers who are either bribed, blackmailed or fully bought into this black market slavery system. Robert David Steele often says that U.S. military bases around the world are being used as lily pads for illegal drugs and arms trafficking, money laundering, human and child trafficking, and other abuses; he proposes to shut down all these bases and bring our troops home; they can help build on the crumbling infrastructure of America; they can help with our border issues (specifically with drug cartels and human and child trafficking); they can contribute in numerous ways serving their country at home.

There are more documentary films coming out, more victims coming forward, and more exposure of human trafficking, pedophilia and child pornography than ever before in history. Now is the time to prosecute and imprison these criminal culprits and elite cabal players once and for all. It is long overdue and a necessary step for the evolution as a collective consciousness within humanity. To allow these pedophile networks and the black market slavery to exist on the planet is simply unacceptable. We must educate, enlighten and fully expose these covert crimes against humanity and the children of this world.

From Chapter 36 on the Netherlands that ends with this paragraph…

“The internationalist robber barons of the late 19th-early 20th century industrial age seamlessly morphing into the corporate oligarchs and NWO globalists molding, shaping and controlling the 21st century unfoldment always had/have their eye on the same endgame prize – their dystopian vision of one world government tyranny. Fact: throughout recorded history a handful of black nobility bloodlines have retained power and control over virtually all structured earthly affairs for millenniums (See Chapter 34), all the while secretly practicing cabalistic occult blood sacrifice and sexual torture ritual of child victims. The scale of this powerful pedophilic network behind today’s booming child sex trafficking trade has only grown exponentially as technological advances, amplified stealth and continual public ignorance permit. The brazen controllers aren’t even hiding their quest to depopulate the planet and gain absolute despotic control over every surviving organism still left. With so much irrefutable, more than solid evidence readily available nowadays, we as a human species can no longer afford to condone nor accept their rampant criminality, unspeakable acts of perverse cruelty, horror and heinous destruction committed against our most defenseless, vulnerable population or our fast-dying planetary eco-system. Denial, passivity, sense of impotence and continued ignorance are no longer an excuse, not any more.”

Continue reading on the next page… 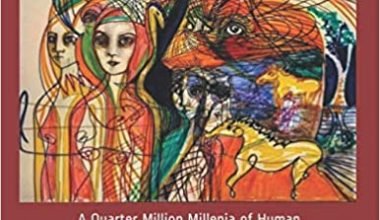 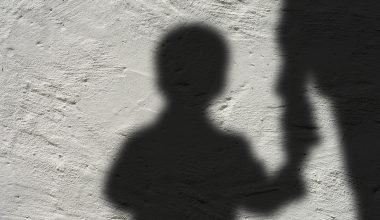 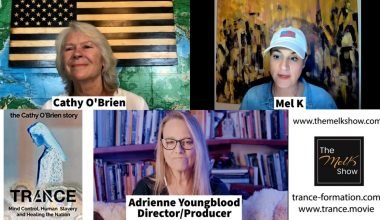 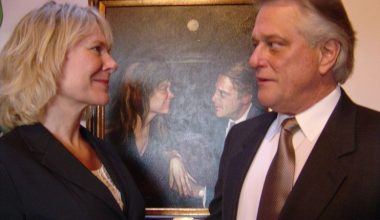 Read More
The AEA appreciates and supports Cathy O’Brien. Check out her website, buy her books and spread them around!…